The Ju 88 certainly was the most versatile aircraft of the Luftwaffe. Apart from the British Mosquito, no other airplane in history has been subject to so many versions and purposes. Though it made its maiden flight in 1936, it entered service in 1939, and it wasn’t shipped to the front lines before 1941. A total of 14,780 units were produced. Designed as a high-speed horizontal and diving bomber, it also served as a long-ragne reconaissance aircraft, and some units were equipped for close air support with one 75-mm cannon, two 37-mm cannons or a flame-thrower! At the end of the war, some Ju 88 were even transformed in radio-controlled flying bombs. Around the end of the war, it became mainly a night-fighter, with an on-board radar, capable of reaching 674 km/h. A Ju 88 equipped with radar for night interception. 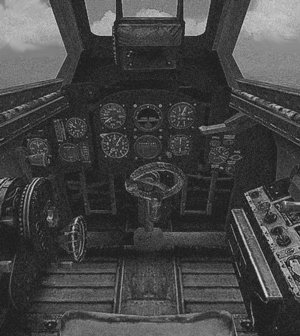